TOPEKA, Kan. — Kansas legislators on Tuesday began the process to oust a newly elected lawmaker over multiple issues that include the 20-year-old’s rhetoric on Twitter and allegations that he harassed and threatened girls and women.
Jan 12, 2021 1:34 PM By: The Canadian Press 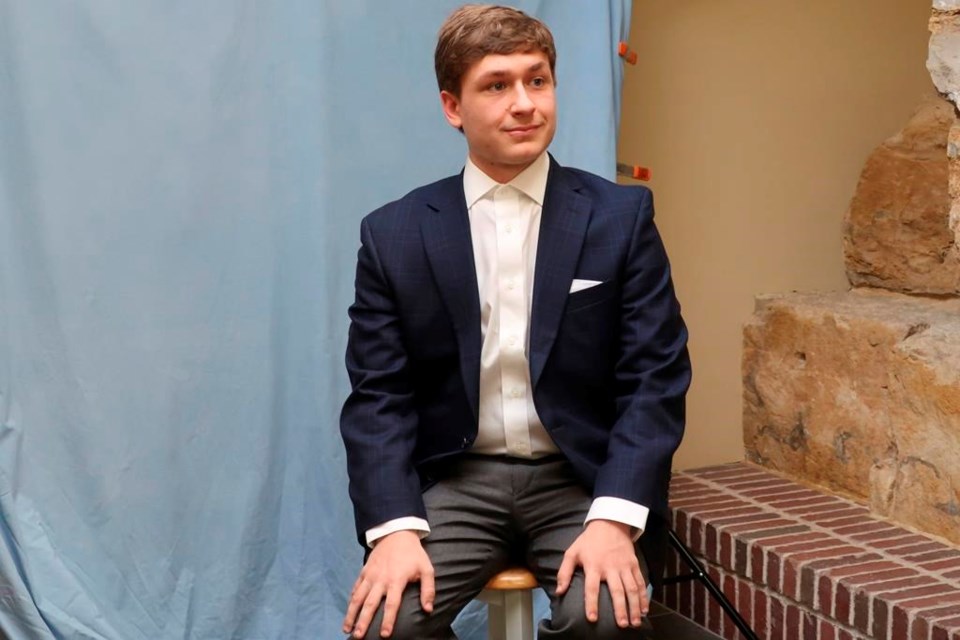 TOPEKA, Kan. — Kansas legislators on Tuesday began the process to oust a newly elected lawmaker over multiple issues that include the 20-year-old’s rhetoric on Twitter and allegations that he harassed and threatened girls and women.

A formal compliant filed in the House by Democratic members about State Rep. Aaron Coleman will kick off a bipartisan investigation, culminating in a recommendation and vote on his future in the Legislature. A two-thirds majority most vote in of ousting Coleman, of Kansas City, Kansas, who was sworn in on Monday.

The 20-year-old Coleman could be the first state lawmaker in Kansas ousted from office if the ouster succeeds. The Kansas State Library could find no record of any legislator being expelled, although at least a handful have been removed in other states.

“He is a danger to women," said Minority Leader Tom Sawyer in a statement. “His removal is necessary to ensure the safety and well-being of legislators and Capitol staff.”

The complaint says another reason to expel Coleman is a now-deleted tweet in which Coleman suggested Gov. Laura Kelly would face an “extremely bloody” primary in 2022 for not being progressive enough.

“People will realize one day when I call a hit out on you it’s real,” he wrote. He later said he meant to use the phrase ”political hit.”

Sawyer refused to give Coleman committee assignments or provide him with office space in the Statehouse. He signed onto the complaint with 12 other Democrats.

Coleman, who was elected as a Democrat, said Tuesday that he's is no longer affiliated with the party, which he said has “disenfranchised” his constituents.

“I'm focusing on governing,” Coleman told The Associated Press, noting that he's already pushing for an increase in the state's minimum wage and will propose a plan for universal state health coverage.

House Speaker Ron Ryckman Jr., an Olathe Republican, will wait until he speaks with Coleman before making any comments, his office said.

Coleman has questioned whether the House has the power to expel him for events that occurred before he took office.

“It's kind of crazy. I have not violated my oath of office. I just took my oath yesterday,” he said. “There has been no grounds for removal.”

The Kansas Constitution makes each chamber the judge of its elections and “qualifications of its own members.” It says only that, “Each house shall provide for the expulsion or censure of members in appropriate cases.”

But the House is likely to have broad latitude. Richard Levy, a law scholar and University of Kansas law professor, said courts generally treat expulsions as political questions because legislatures have the authority to decide who sits in them and standards for ousting members aren't spelled out in detail.

When someone sued in court in 1878 to remove a House member accused of being “in a state of intoxication produced by strong drink voluntarily taken,” the Kansas Supreme Court dismissed the case, saying only the House could decide the issue. In the same year, the court refused to decide whether another House member was improperly seated, saying it was “powerless in the premises.”

In the past six years, lawmakers in at least four states have been expelled from office for alleged misconduct, including lawmakers in Colorado and Tennessee accused of sexual harassment.

Last year, the Idaho House expelled a member for the first time in that state’s history after he was convicted of conspiring to defraud the U.S. government.

Lawmakers in Louisiana, Nebraska and Oklahoma also resigned in 2017 before being expelled.

He faced only write-in candidates in the election, even as at least two other cases in which he was accused of threatening or abusing girls or young women came to light.

Last week, he reached a legal agreement with Brandie Armstrong, the campaign manager for the veteran lawmaker Coleman narrowly defeated in the Democratic primary in August. The order ended an anti-stalking court order against him.

Armstrong said in her request for the court order that Coleman repeatedly sent harassing texts and personal messages to her during the campaign, came to her home in June and October and attempted to file “false and bogus” complaints against her landlord to try to get her evicted.