Hedgehogs can carry Salmonella bacteria even though they appear healthy and clean and show no signs of illness.
Dec 1, 2020 7:43 PM By: Elana Shepert 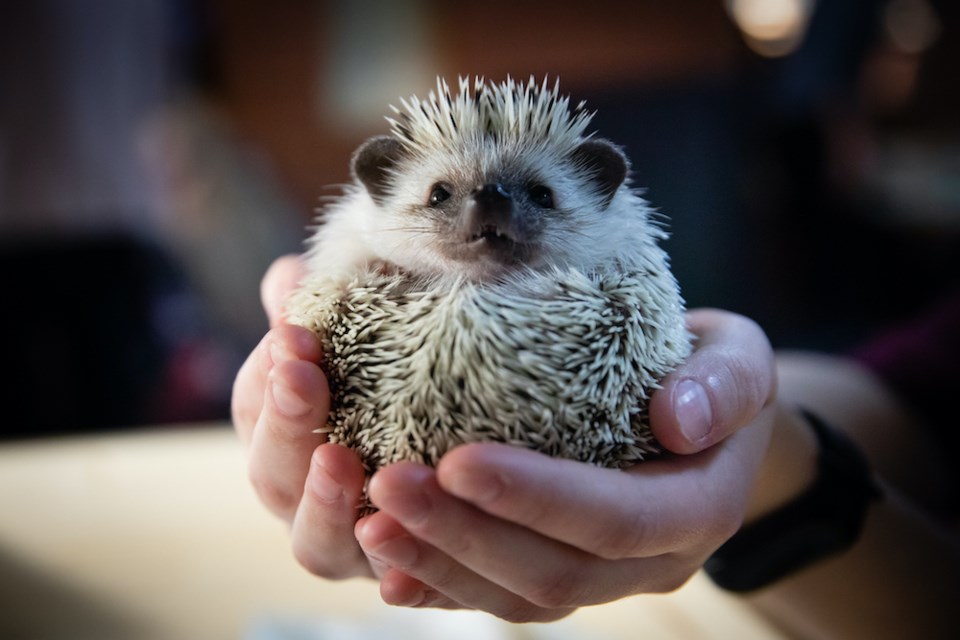 Based on the investigation findings to date, exposure to pet hedgehogs has been identified as the likely source of the outbreak. Photo: Person holds Hedgehog / Getty Images

The Public Health Agency of Canada (PHAC) warns Canadians that they may become sick from Salmonella after handling hedgehogs.

Right now, the agency is collaborating with provincial public health partners to investigate an outbreak of Salmonella infections occurring in six provinces.

Based on the investigation findings to date, exposure to pet hedgehogs has been identified as the likely source of the outbreak. Many of the individuals who became sick reported having direct or indirect contact with hedgehogs before their illnesses occurred, explains a release from PHAC.

Ill individuals reported buying hedgehogs from various sources, including pet stores, breeders, or sellers advertising online. The investigation is ongoing to determine if there is a common source of hedgehogs.

In an effort to prevent further illnesses, Canadians are advised to practise good hand hygiene, frequent handwashing and safe handling of hedgehogs and their environments.

The PHAC notes that hedgehogs can carry Salmonella bacteria even though they appear healthy and clean and show no signs of illness. Even having indirect contact by touching their environments can put you at risk for developing a Salmonella infection.

Individuals became sick between June 2017 and October 2020. Four individuals have been hospitalized. No deaths have been reported.

The United States Centers for Disease Control and Prevention is also investigating an outbreak of Salmonella Typhimurium illnesses that have a similar genetic fingerprint to illnesses reported in this outbreak. Investigators in Canada and the U.S. continue to collaborate to exchange information and identify commonalities in the outbreak information that may help to determine if there is a common source of hedgehogs.

It is possible that more recent illnesses may be reported in the outbreak because there is a period of time between when a person becomes ill and when the illness is reported to public health officials. For this outbreak, the illness reporting period is between six and seven weeks.

Who is most at risk?

Anyone can become sick with a Salmonella infection, but children aged 5 years and under, older adults, pregnant people or people with weakened immune systems are at higher risk for contracting serious illness.

Most people who become ill from a Salmonella infection will recover fully after a few days. It is possible for some people to be infected with the bacteria and to not get sick or show any symptoms, but to still be able to spread the infection to others.

What you should do

Hedgehogs can carry Salmonella. Kissing and cuddling a hedgehog can spread Salmonella to your face or mouth and make you sick. To prevent direct or indirect spread of Salmonella to others, follow these simple steps to help reduce your risk of becoming ill from contact with hedgehogs and their environments.

Symptoms of a Salmonella infection, called salmonellosis, typically start 6 to 72 hours after exposure to Salmonella bacteria from an infected animal, person, or contaminated product.

These symptoms usually last for 4 to 7 days. In healthy people, salmonellosis often clears up without treatment. In some cases, severe illness and hospitalization may occur. In some cases, antibiotics may be required. People who are infected with Salmonella bacteria can be infectious from several days to several weeks. People who experience symptoms, or who have underlying medical conditions, should contact their health care provider if they suspect they have a Salmonella infection.